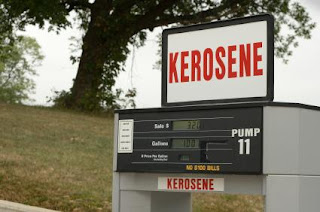 Alexander County Fire Marshal Russell Greene informed The Times on Wednesday afternoon, Oct. 12, that recent customers at All American Raceway, at 6901 Millersville Road in Taylorsville, who believed they were purchasing kerosene, in fact were buying gasoline. The fuel should be used accordingly.

A house fire in Stony Point on Tuesday night, Oct. 11, was caused by a kerosene stove which burst into flames after the homeowner had put what she believed to be kerosene in the tank. However, the kerosene pump had dispensed gasoline, as it appears to have been improperly filled in the store’s tanks.

Customers are urged to use caution, said Greene, and should NOT use this fuel for heating purposes.

UPDATE: Greene said the mix-up occurred due to the fact that All American Raceway converted their kerosene pump to a non-ethanol gasoline pump. The store owner has been cooperative and has voluntarily placed the pump out of service until proper labeling can be established. This issue has been referred to the N.C. Dept. of Agriculture, Division of Motor Fuels.


All active and life members along with the general public are encouraged to attend.
The principal purpose of the meeting will be to hold the election of Board Members and Officers. For further information please contact the corporate office at 828-632-9410.

The members of Alexander Rescue Squad would like to invite you to bring your ghost's and goblins by our station on Halloween night, Friday, October 31st, from 6-9 pm for Trick-or-Treat, and to check out our trucks and equipment. Our station is located at 197 Emergency Street in Taylorsville behind the police department. Get more information about our event by liking our page on Facebook, and join the event by clicking on the following link: https://www.facebook.com/events/718032621613937/. We hope to see you all there.

According to an article recently posted by AAA Carolinas, Alexander County was ranked 3rd in a list of counties with the "Best Chance of Being in a Fatal Crash" in North Carolina.

Alexander Rescue Squad would like to encourage you to please use caution and stay alert to the traffic around you as you're driving. It's easy to get distracted by a phone, radio, or even a child, and distracted driving is one of the leading causes of traffic accidents nationwide. We also ask that you keep in mind the soon coming presence of school buses on the roadways, and prepare now to start allowing yourselves extra time to get to and from your destination during school times. Remember to NEVER pass a stopped school bus, and always be ready to stop immediately, around bus stop areas, should a child run out in front of your vehicle.

These few simple things could make the difference in a child or other loved one losing their life. Lets change these statistics in the upcoming years, and make Alexander county one of the safest county's to drive through. 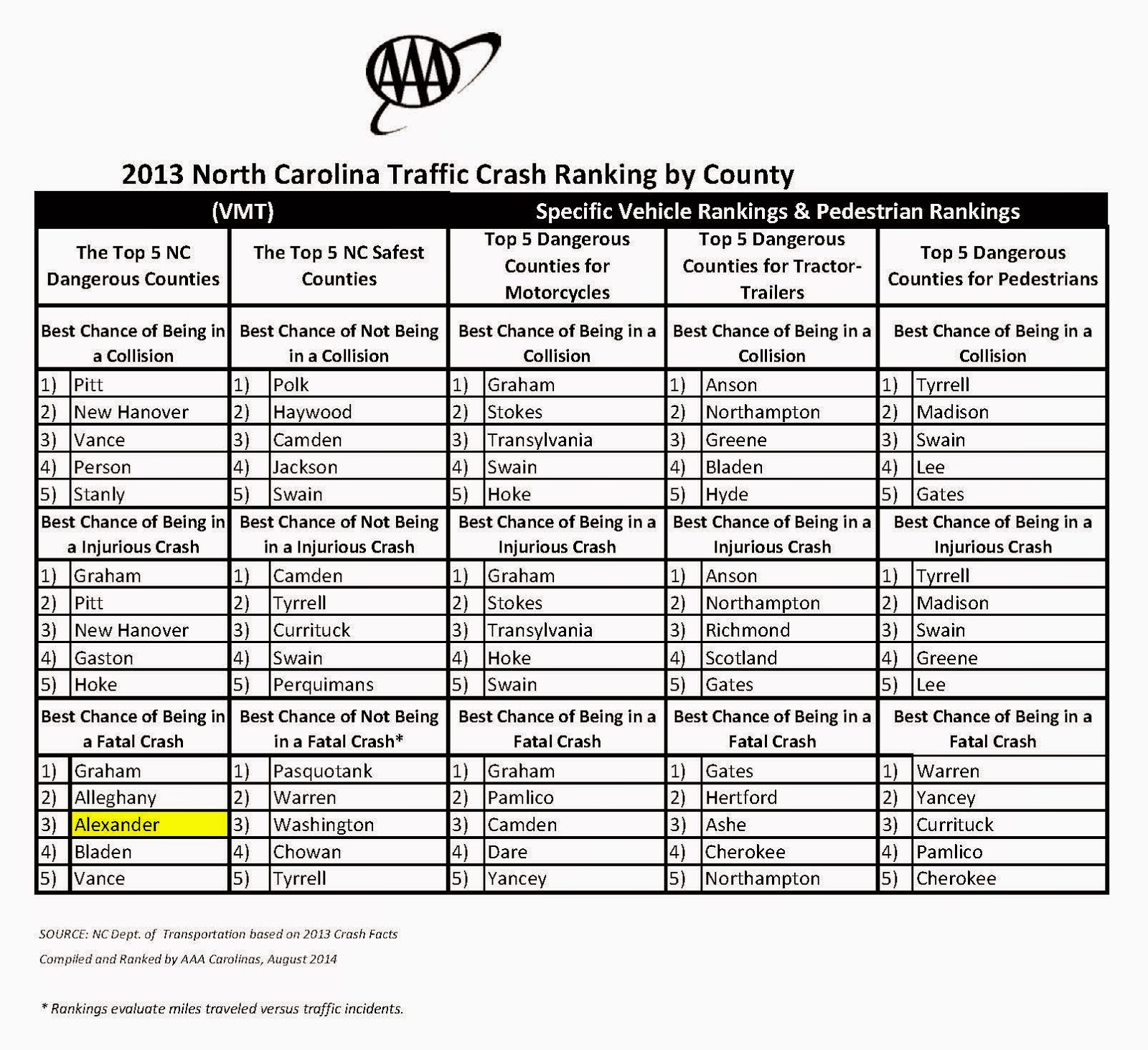 ***SILVER ALERT: THIS IS A MISSING/ENDANGERED ADULT NOTICE * * *
The Alexander County Sheriff’s Office is searching for a missing adult who may be suffering from dementia or other cognitive impairments. The missing individual, identified as Billy Leroy Bowman, is an 83-year-old white male, approximately 5′-9″ tall, 170lbs, is bald with blue eyes. Billy Bowman was last seen Monday, April 14th, 2014 at the Highway 16 Superette located on NC Highway 16 south in Taylorsville. He is believed to be driving a tan-colored 1996 Ford Taurus LX 4-door sedan, NC license plate WXR-1778 which has a broken UNC vanity plate on the front of the vehicle. Billy is possibly headed to the Gaston County area to visit his wife at Stanley Total Living. Billy has been described as being confused recently but no official diagnosis of dementia has been made yet.
The vehicle should look similar to this: 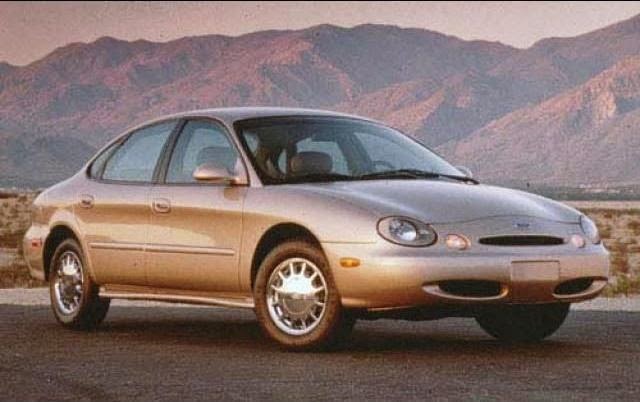 Anyone who has seen Billy Leroy Bowman or his vehicle is asked to call the Alexander County Sheriff’s Office at 828-632-2911.
﻿

In a notice to the public and general membership, the Alexander Rescue Squad and E.M.S., Inc. will have the annual meeting of the corporation to be held on Thursday, March 13, 2014, at 7:30 p.m. at the corporation’s principal address. Alexander Rescue Squad is located at 197 Emergency Street, Taylorsville, N.C.28681.
All active and life members along with the general public are encouraged to attend.
The principal purpose of the meeting will be to hold the election of Board Members and Officers. For further information please contact the corporate office at 828-632-9410.

As a volunteer organization, Alexander Rescue Squad relies heavily on the support of the citizens we serve. Our annual fund raiser is about to get underway, and with the amount of scams and fraudulent activities in the world today we wanted to give you a heads up about the letter you will be receiving.   The attached letter is an official copy of what Alexander County property owners should be seeing in the mail sometime in the next week. We feel that sending our request by mail gives you time to talk it over with other family members and budget your contribution. Any contribution you may wish to send will certainly be appreciated. We are a totally volunteer, non-profit, tax exempt corporation. By making a tax-deductible (if eligible) contribution today, we will be able to continue our efforts to provide the quality service that you have been accustomed to for the past 50 years. Remember, even if you can't afford to help us we will still be there for you.

For more information please visit our website at www.alexanderrescue.org 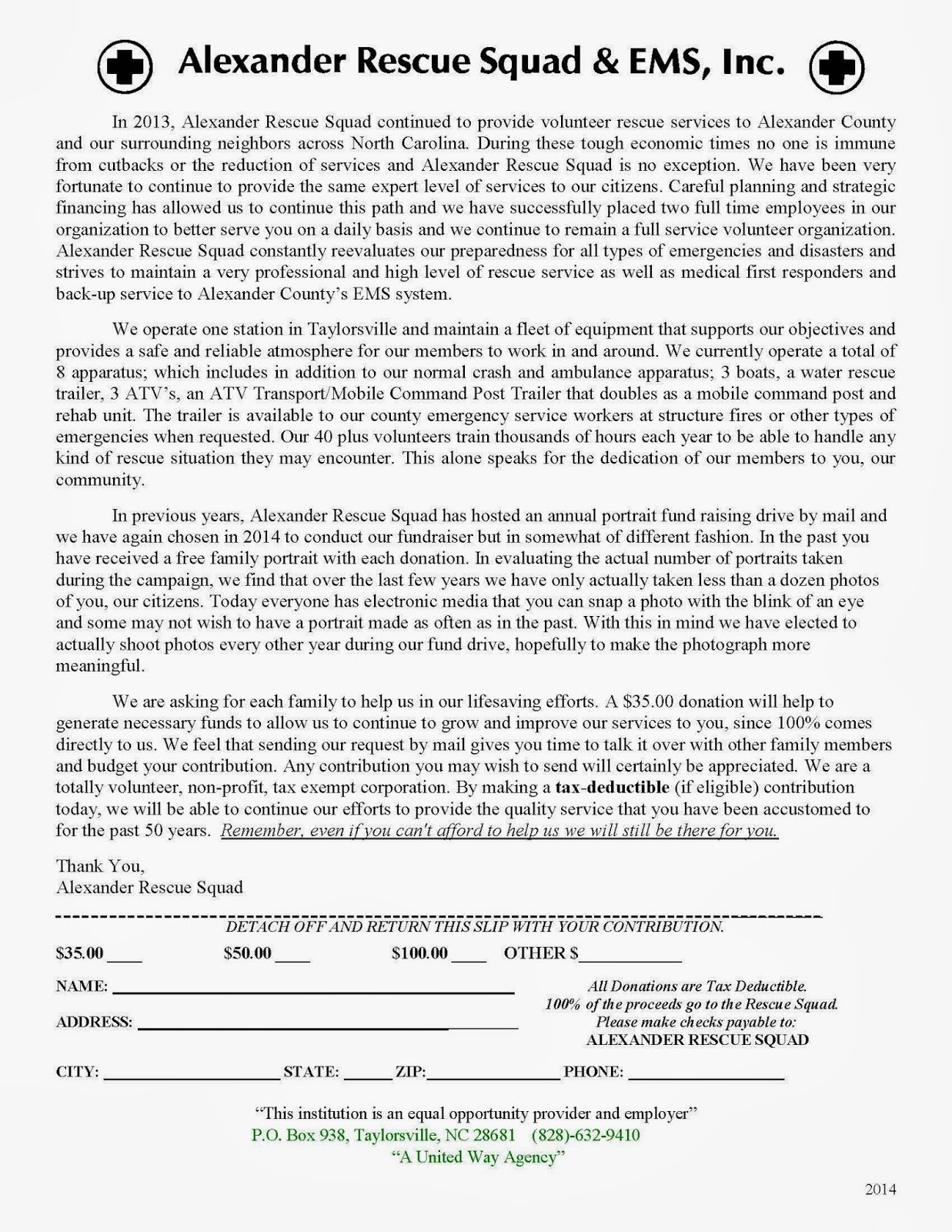